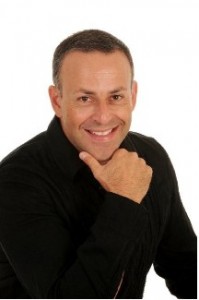 A musical graduate from Pretoria Technikon, has performed with the countries top artists such as Judy Page, Nataniel, Yvonne Chaka Chaka, Sibongile Mngoma and Wendy Oldfield to mention but a few. Early in his career he released a solo piano album and appeared as a pianist and entertainer in the country‟s top restaurants and on cruise liners. He then moved on to become Musical Director and pianist for major theatrical productions including Joyce Levinsons original “Oliver”, “Rocky Horror”, “Little Shop Of Horrors”, “Summer Holiday”, “The Official Tribute To The Blues Brothers”, “Naked Boys Singing” and “Motown Gold.” He has a studio where he arranges, composes and produces music. He also produces and organises entertainment and shows for corporate functions and launches; clients include SAA, Cell C, Daimler Chrysler, Deloitte, Bidvest, Sappi, Ster Kinekor, BMW and Citibank. Highlights of his career include playing piano with the Philharmonic Orchestra in a tribute to Gerry Bosman. His show “The Official Tribute to the Blues Brothers” won the Vita Award for best musical 1997. He was associate musical director for Popstars South Africa 1 and 2. Other highlight projects include being Musical Director for the international touring production of “Boogie Nights” and the world tour of “Spirit of Broadway” and the South African tour of “Fame”- The Musical produced by Hazel Feldman.

He has collaborated with Hazel Feldman and created a Bollywood spectacular, stars from abroad-included Kareena Kapoor, Alka Yagnik and Kumar Sanu.

Christmas 2004 he went to London where he was Musical Director and Pianist for „Beauty and the Beast”, a pantomime starring Paul Daniels and Debbie McGee. 2005 Clifford appeared in The United States and Canada where he accompanied a local choir.

Clifford has also appeared in Mauritius and Zambia for Deloitte events and in Nigeria for The Globacom CAF awards 2006.
A special career highlight was being Musical Director for the new BMW 3 series launch where he worked with the world renowned Cirque Du Soleil.
2007/8 Clifford was the Associate Musical Director for The Lion King South Africa. 2008 he was Musical Director and pianist for the highly successful return of The Rocky Horror Show and Mile High with Cathy Specific.
Christmas 2008 Clifford was in the UK, where he was Musical Director and pianist for Panto season 2008/9 for Snow White.
2009 Saw the successful return of two runs of Motown Magic at the Lyric Theatre.

2010 he received great critical acclaim for his arrangements, scoring and musical direction of Sisters In Song which was directed by Carlo Spetto. He was Musical Director for the SAFA awards of 2010.
Christmas 2010 he collaborated with Vicky Friedman and created and produced their own musical – The Black Diamonds which received tremendous critical acclaim.

2011 he produced and recorded the national anthems for all 14 countries in the Cricket World Cup.
He was musical director for MTN Y‟ello Stars Awards where he had the privilege of working with Canadian singer Justin Hines.

Some highlights of 2012, Clifford was Musical Director for the South African performance at the annual Walmart conference in the USA. He traveled to Thailand where he worked as Musical Director for the Blues Brothers performance at the Chiang Mai Music Festival, and he has recently done the musical arrangements for the opening ceremony of the Maccabbi Games in the USA.

Clifford is now focusing on his composing and producing and promoting shows in the corporate industry locally and abroad.